We all know about Flora and Fauna and their role in ecosystems. But there’s one other family of lifeforms that have flown under the radar throughout history. Only now are scientists and mycologists beginning to uncover the secrets of Fungi! Flora, Fauna AND Fungi, now that’s the complete picture! All three must thrive for our environment to thrive.

Fungi play an immensely important role in our landscapes, breaking down organic matter and creating new soil. Their fruiting bodies are a source of food and medicine. Under our feet, they form vast mycelium networks which have a symbiotic relationship with plants, helping them access nutrients beyond the reach of their roots. Some species of fungi can be used to remediate soils polluted with heavy metals in a process called mycoremediation! There are even species of fungi that have been discovered capable of breaking down plastics in weeks. Amazing, right? 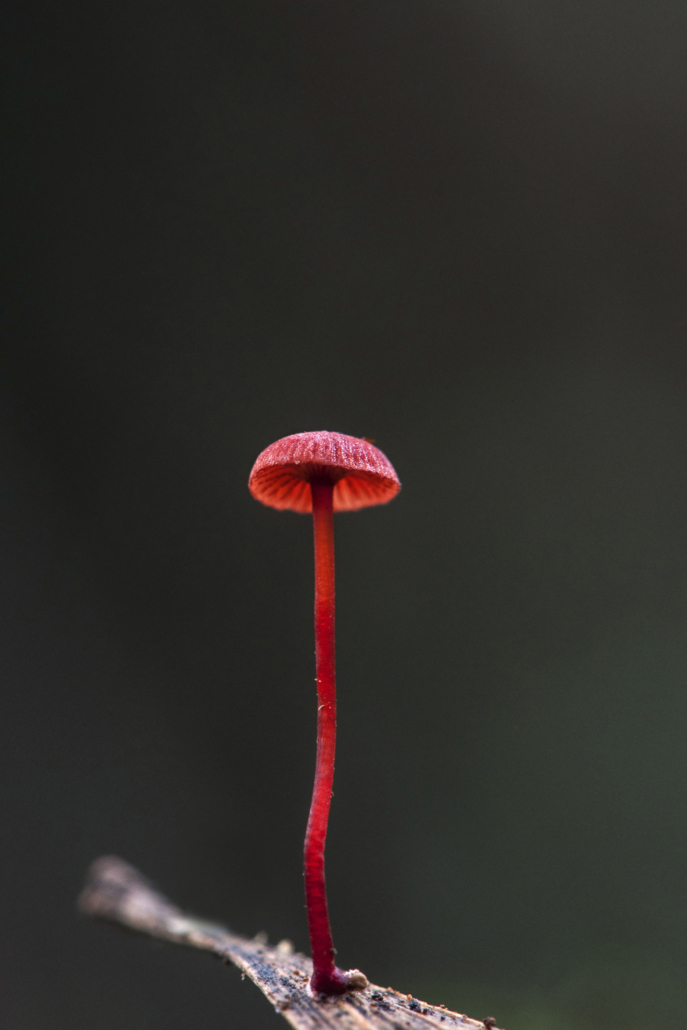 It is widely accepted that the fungal kingdom is vital to life on earth. Even with all the amazing discoveries about the purpose and behaviours of fungi, an estimated 90% of the fungi species are still unknown to science. Citizen science projects contribute to findings all the time, and more people should get to know the types of fungi in the landscape and understand their beneficial role in farm settings.

We want to celebrate Fungi and learn more about their role in the landscape. Mycology in May is a month jam-packed with fungi related events, discussions, and surveys in the Central Tablelands! Watershed Landcare is hosting a Fungi Count in Rylstone, where we’ll learn how to observe and identify mushrooms in the landscape. We invite you to come along, learn new skills and explore the magical world of fungi up close! Head to watershedlandcare.com.au/events for more information and a complete list of events.

If you’re particularly keen to expand your fungi knowledge, there are limited spaces in a face-to-face training session with renowned mycologist and author Alison Pouliot; if this sounds like you, make sure to reach out to secure your spot.

There are lots of opportunities during May to have fun with Fungi. Don’t miss the Café Champignon event in Orange, an evening of ground-breaking discussion with special guests, including soil microbiologists Walter Jehne and Alison Pouliot!

We hope to see you at a Mycology in May event; if you want to be involved, get in touch with me at maddison@watershedlandcare.com.au. Happy Landcaring!

Invest in or Planet
Scroll to top