It’s national biodiversity month! September is a reminder to celebrate our amazingly diverse flora and fauna and take some time to consider how you can make a difference.

Biodiversity refers to the spectrum of species found within a particular region or the entire world. All life on Earth is finely interwoven. This delicate balance has evolved over millions of years. As one species becomes extinct, many other species are affected, potentially putting several ecosystems in danger of collapsing.

There’s good news and bad news about biodiversity. The bad news is we are living through a mass extinction event right now! Species are declining in unprecedented numbers due to climate change, habitat loss and anthropogenic impact.

Extinction naturally occurs slowly, over hundreds and thousands of years, allowing nature to replace the links in the ecosystem that are lost over time. According to the world’s leading climate scientists (IPBES), humans have sped up this process to a dangerous rate of 100 – 1,000 times higher than the pre-human background rate of extinction.

This news is startling, but it’s what makes national biodiversity month so important! As individuals and as a community, the good news is that there’s a lot we can do to support our native wildlife and plant species! 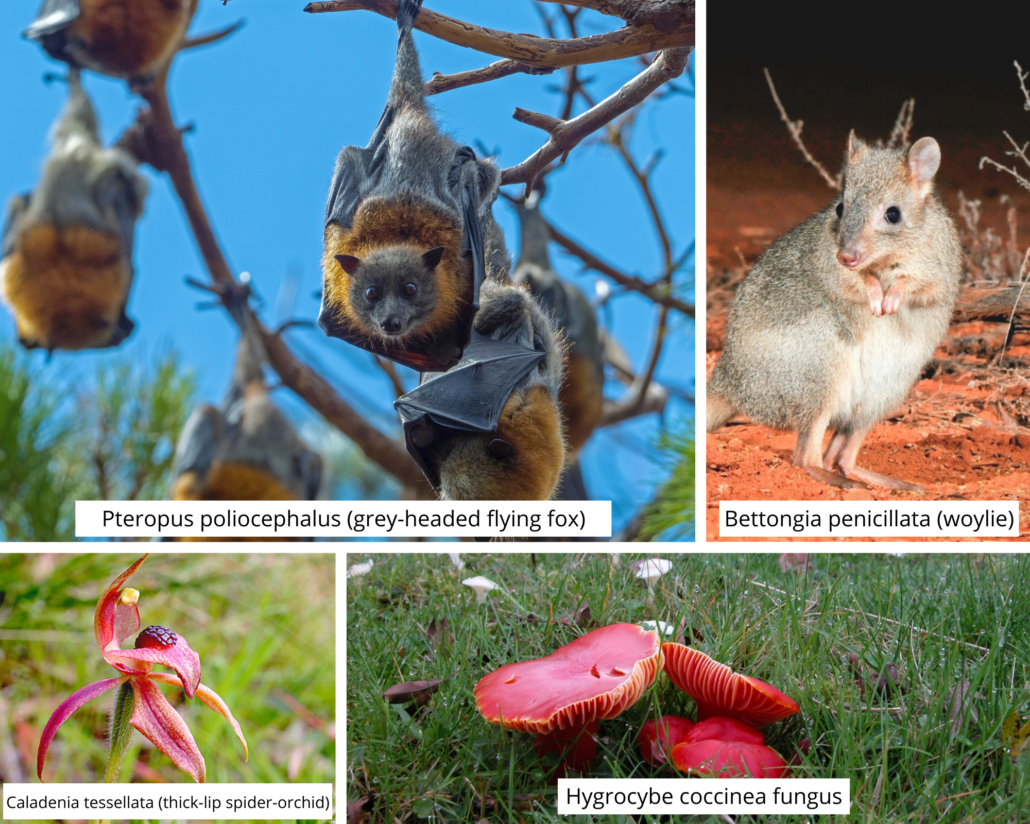 NSW is home to hundreds of unique species like the grey-headed flying fox and woylie which are critically endangered.

From backyards to paddocks and bush blocks, we all have the potential to foster biodiversity where we live. We encourage you to think about what you could do and put it into action in September and beyond.

Watershed Landcare is continuously involved in community projects that support biodiversity. If you would like to get involved, consider becoming a Landcare supporter HERE.

Growing Recovery in the Mid-Western Region
Scroll to top