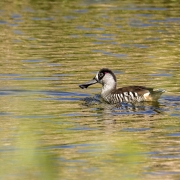 Through community collaboration, an exhausted quarry has been turned into a public reserve managed for biodiversity conservation and public recreation.

The Putta Bucca Wetlands reserve is situated on the site of an abandoned aggregate quarry, just a stone’s throw from the Mudgee town centre. The site was opened to the public in 2011 and since that time has been undergoing extensive restoration and rehabilitation works.

The name Putta Bucca is an aboriginal word thought to come from the Wiradjuri language, “puttaba” meaning a hill near a creek and “bugga” meaning stinking fish.

To date 5000 trees, shrubs and grasses have been planted by the Friends of Putta Bucca volunteers, Green Army, Council, local schools and community planting events for National Tree Day.

Wetlands are one of the most biologically diverse of all ecosystems. The rehabilitation works conducted at the site have significantly increased habitat value and Putta Bucca is now supporting a highly biodiverse wetland ecosystem, despite it’s relatively small size of 31 hectares.

The wetland now boasts a multitude of birdlife, as well as many frog, fish, reptile and mammal species, including the platypus. The site is renowned amongst birdwatchers with a growing list of over 160 bird species, including 12 threatened species and now rates as the 55th bird hotspot in N.S.W.

The site is also used as a stopover by animals passing through the area, such as the Swamp Wallaby and the threatened Painted Honeyeater, and is an important breeding ground for migratory bird species, including the Rainbow Bee-eater.

While wildlife is thriving at Putta Bucca, future plans for the site include further improvements to recreational facilities to attract more human visitors to the site.

Council has been successful in their application for Stronger Country Communities grant funding which will be utilised to build a new bridge over the Cudgegong River and allow for linking walking trails from Lawson Park to the reserve. There are also plans to build a toilet block and a commitment by Glencore to fund works at the site over the next 3 years, commencing with a covered barbeque area.

Learn about local bats and birds
Scroll to top