Long before modern-day grazing and cropping changed the landscape in Australia, our grasslands looked a lot different! Rare patches of untouched, remnant grasslands reveal diversity, resilience and a natural balance which can be challenging to achieve in our paddocks today. In today’s climate, it seems more and more land managers are looking to recover what has been lost by changing their practices to encourage productive native grasses to return. With approximately 250 species of native grasses found across the Central Tablelands and the Slopes and Plains of New South Wales, there is a lot to gain from welcoming these hardy species back into pastures.

Claims have been made that ‘superior’ introduced grasses can permanently increase farm productivity, but the bulk of Australia’s grazing industry still relies on native pastures. Native grasses have something that exotic grasses will never have, the adaptations and vigour to survive the harsh Australian conditions. With the ability to survive frosts, fires and droughts, native pastures are an important asset to any land manager. Native grasses will often thrive in infertile and shallow soils. Some are highly tolerant of acid soils, for example, Wallaby grasses and Microlaena. Australian native grasses are stress tolerators and will persist where ‘improved’ introduced grasses do not survive. 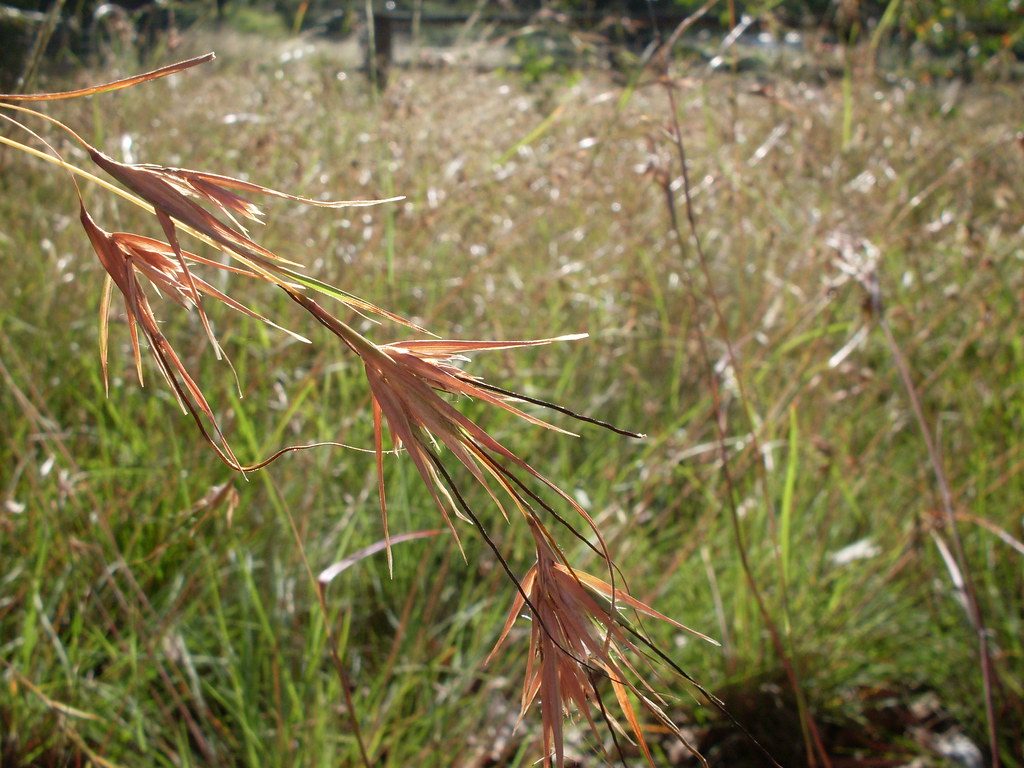 Themeda triandra (Kangaroo grass) a native perennial grass that is resistant to prolonged drought and extreme changes in temperature.

Where do we start when assessing our pastures for native grasses? As land managers, it’s important to have some knowledge about grass identification, but have you ever tried to identify something in your paddock and got stuck trying to work out what a ligule, a floret, or a spikelet is? The terminology of botany can be confusing, but we have developed a series of video tutorials to teach you the basics of grass literacy. With a bit of effort, you can identify the many different Australian types of grasses, which is the first step to improving your species diversity and native grassland productivity.

Creating a resilient landscape is so important in today’s unpredictable climate. An established native pasture exists on a decadal timeframe, supporting the landscape long-term while stabilising the soil and enabling soil carbon sequestration. Observations suggest that well-established native pastures are also highly resistant to weed advancements, including African love grass. The native grasses are sensitive to overgrazing and are encouraged by a rotational grazing system with significant recovery time.

There are exciting benefits of welcoming native grasses back into our landscapes, and it all starts with understanding how to tell the difference between the many different species. To get started with the basics, go to watershedlandcare.com.au/resources/grass-identification, and we’re here to help if you have any questions or need support!