As we wave goodbye to Autumn, the most active time for fungi also comes to an end! And what a fantastic season we’ve had; with all the rain and moisture, we’ve all seen mushrooms popping up everywhere, in the paddock, driveway, and parks. Last Friday, the 27th of May, Watershed Landcare hosted a Fungi Count, and it was a great success. It’s amazing how much diversity of fungi species you can find when you take a closer look!

The setting was a private farm in Rylstone, and keen landcarers turned up for the morning session at 9 am, greeted by a thick fog! The aim was to survey an area and collect specimens of as many different types of mushrooms as possible while describing their form and habitat. We set out in a broad area encapsulating Box Gum Grassy Woodland, grassland, and roadside. The fog cleared to reveal a beautiful blue sky and sunshine, and as the groups returned with full trays of specimens, it was time for morning tea! 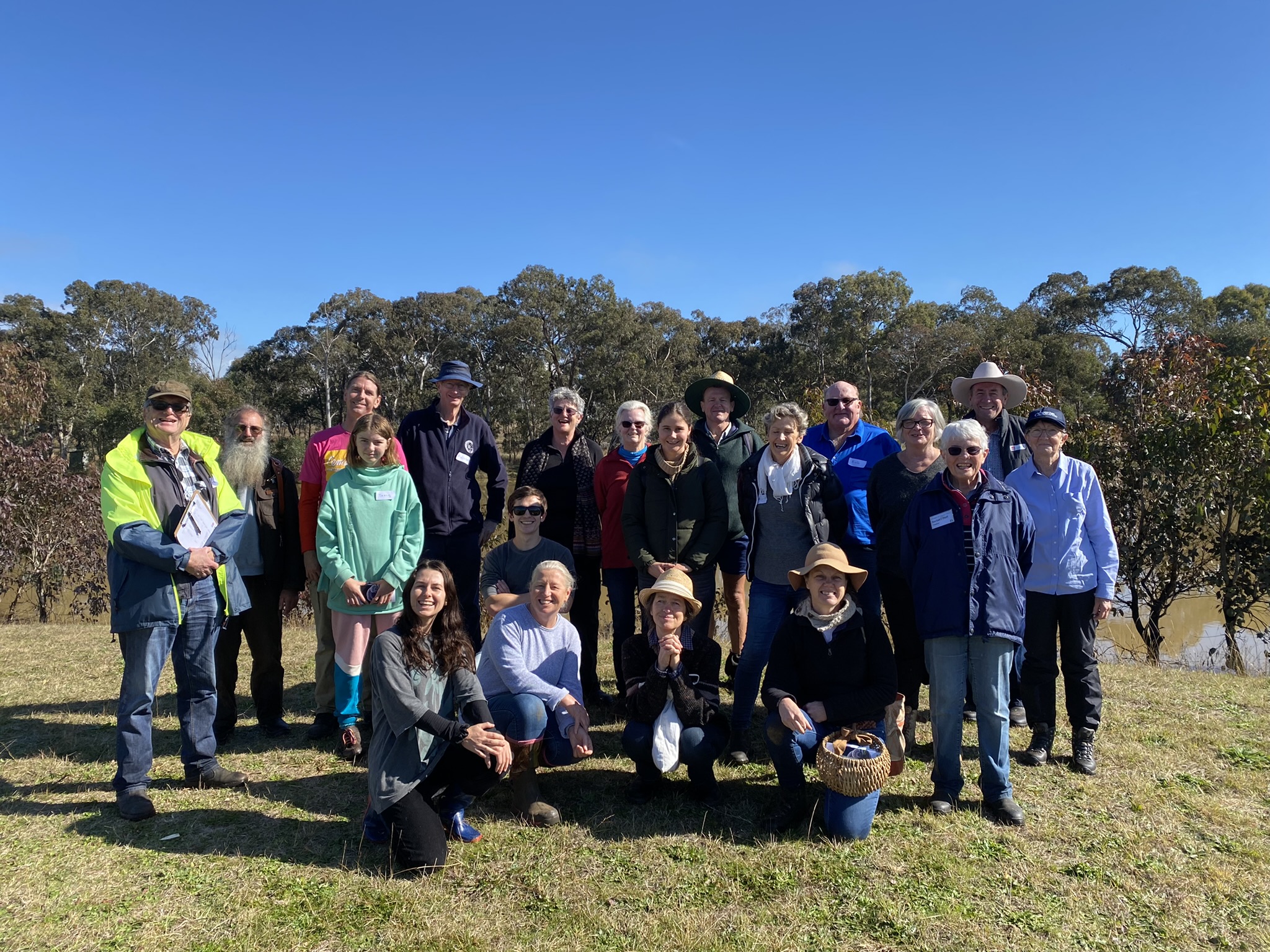 The afternoon session was met with great enthusiasm as a second group set out over a different area of the farm to see what could be discovered. We had some fungi enthusiasts travelling all the way from Scone and even Oberon to join in the foray! It was interesting to see the variety of specimens collected compared to the mornings’ recorded fungi. Throughout the day, there were over 100 specimens collected; a fantastic assortment of mushrooms of different colours and sizes; we found puffballs, earthstars, fungi with pores, fungi growing on wood and in trees and some growing in kangaroo scat!

The survey event was one of the last events of Mycology in May 2022, an annual Central Tablelands Regional Landcare Network (CTRLN) initiative which celebrates the forgotten kingdom of fungi and aims to raise awareness of the importance of fungi and the mycelial network in the landscape. The specimens collected in Rylstone, along with the other collection from surveys all around the Central Tablelands, have been sent to the DPI’s Mycology Herbarium in Orange, where they will be identified, studied, and become part of the most extensive Fungi collection in the Southern Hemisphere! Who knows, we may have even discovered a new species!

Thanks to the volunteers who came out and shared a fun day in the field and thank you to the CTRLN for their collaboration to create such a fantastic, fungi filled month of wonder and learning! Look out for more awesome events next year for Mycology in May 2023! 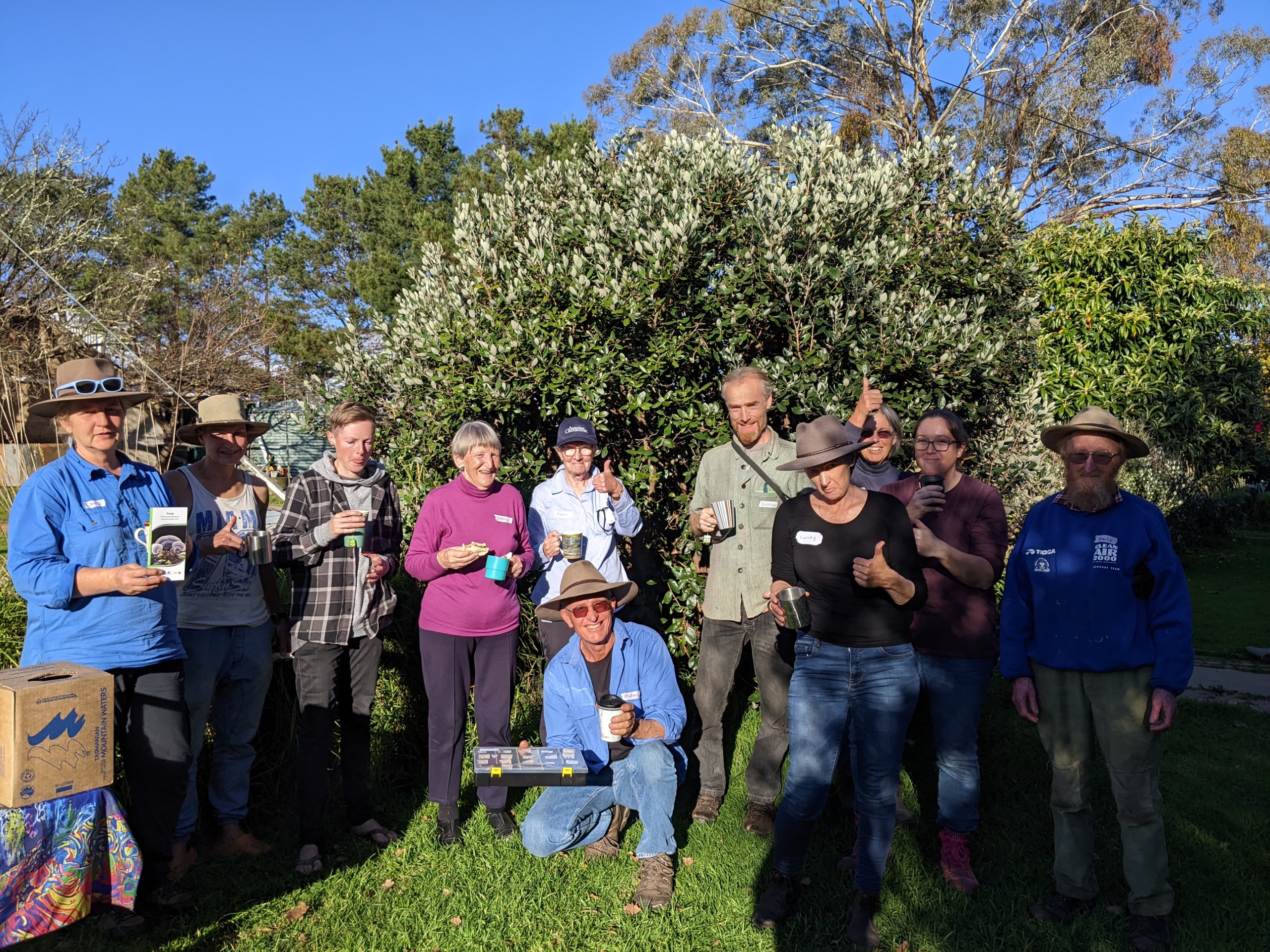 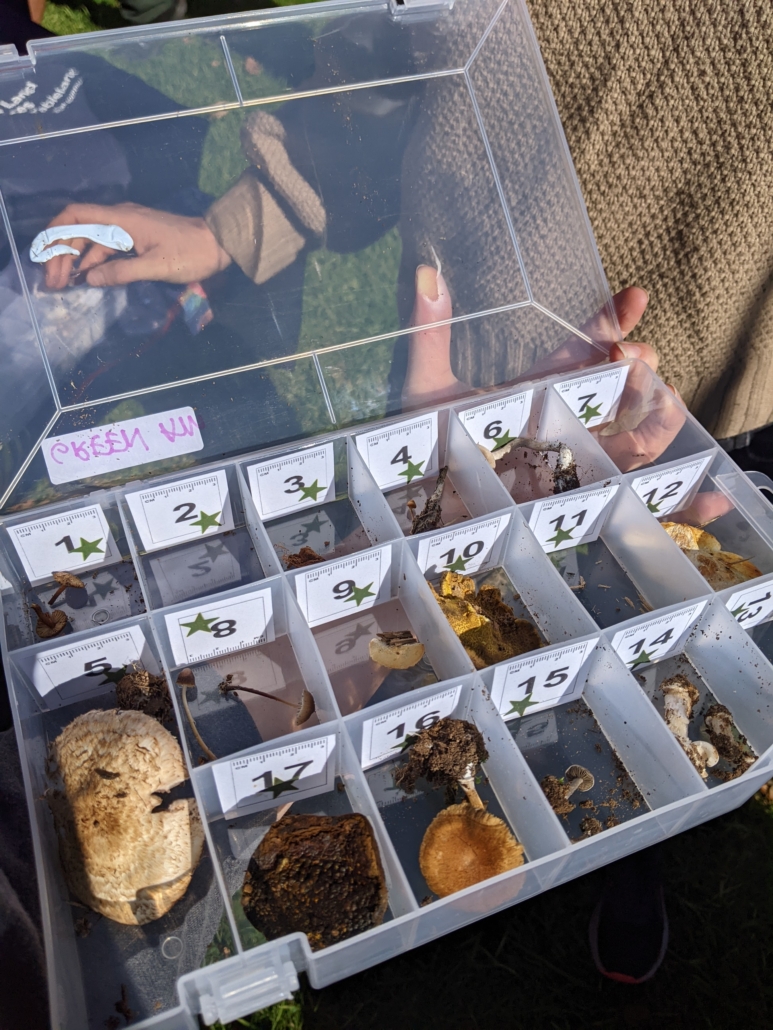