Mistletoe is a common sight in the Australian landscape, often in dense clumps in the crowns of eucalypt trees and many other native trees. It’s easy to look at a mistletoe heavy tree and think “what a shame”, or even try to remedy the infestation by removing the semi-parasitic plant. We must remember that mistletoe is a native species too, and its presence comes with a whole suite of benefits, and many species rely on it for a source of food.

At least 33 bird species eat the mistletoe fruits, and even more birds and insects are attracted to their sweet nectar, including some endangered species such as the Regent Honeyeater. Mammals such as possums and gliders love eating the leaves and fruit, making nutritious, sugar-rich food.

You may be surprised to know that mistletoe benefits their host plant. Their leaves contain higher nitrogen, phosphorus, and potassium levels, so when their leaves drop to the soil, it acts as a natural fertiliser boost. This nutrient-dense leaf litter is also a magnet for insects and insect-eating birds. Trees have also evolved defences, such as dropping heavy branches. This act by the tree can accelerate the formation of tree hollows in the detached branch, which is a vital habitat for nesting animals. 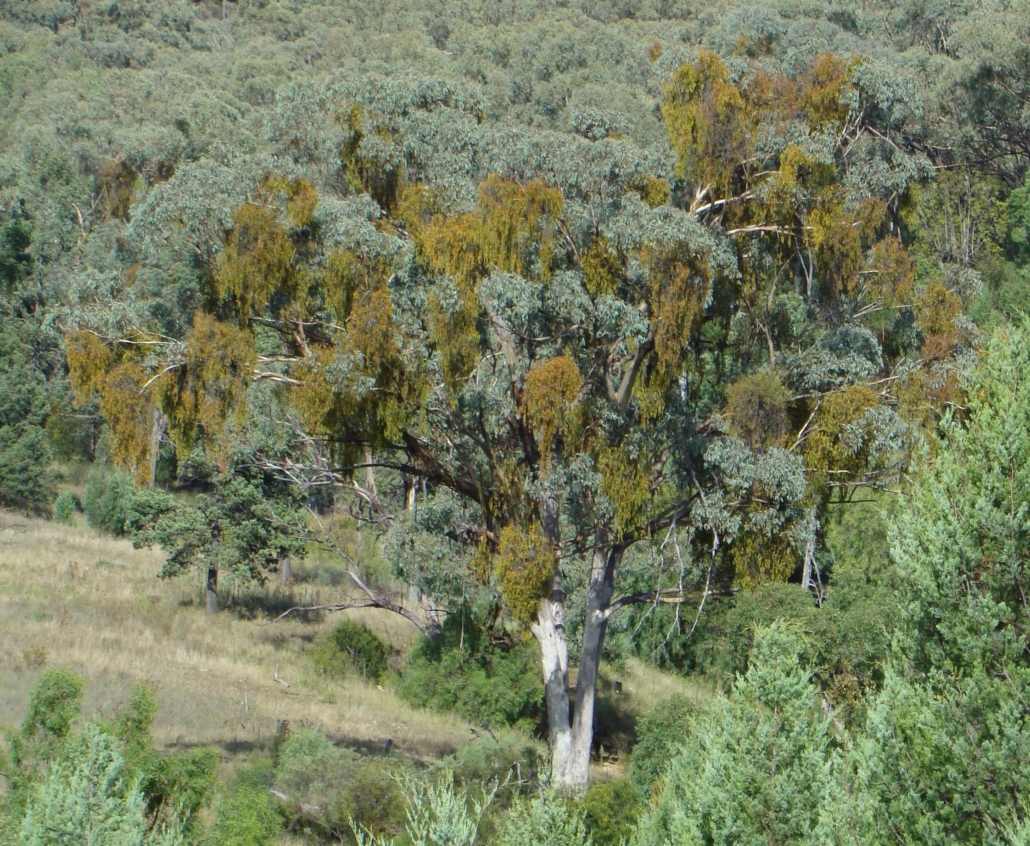 Mistletoe is spread by its sticky seed being eaten by birds and deposited onto new branches. A tendril-like sprout quickly forms and pierces the bark of the host, where it taps into the nutrient and water reserves. Some mistletoe does a splendid job of blending in with their host. One explanation for this phenomenon is that the mistletoe absorbs hormones from the tree, influencing how it grows.

Arborists argue that a tree will only die from mistletoe infestation if it is already sick or weakened; it makes sense for the mistletoe to keep its host alive as its survival depends on it. A struggling tree laden with mistletoe may point to other factors affecting tree health such as; changed soil nutrient levels, soil compaction from stock camps, drought, disease, salinity or erosion.

Interestingly, fire acts as a natural cleansing agent for Australian trees. Fires are part of the natural cycle of the Australian bush, and they play an essential role in maintaining forest health, including preventing mistletoes from getting out of hand. In healthy, well-functioning ecosystems, mistletoes are rarely seen in heavy infestations because of this natural control by fire, as well as by native predators.

Mistletoe can often look unsightly, but it is just misunderstood. It has a place in a healthy ecosystem and leads to several important biodiversity and landscape benefits. After all, mistletoe is a symbol of fertility and vitality in several cultures and Christmas traditions, so it should be celebrated, not destroyed!